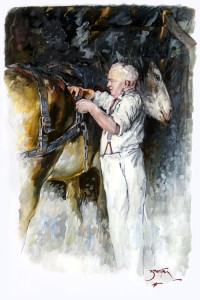 We live in a wonderful world because the Great Impressionist turned on the lights at the beginning of time.

During the 19th Century artists turned on the lights too and they were the Minor Impressionists.

Unfortunately a bunch of dim Bolsheviks spoil the illumination and darkness pushed out the brightness early on in the 20th Century.

My ateliers champion the illumination on a premise that the Impressionists never got to finish their aspirations.

This web site touches on the ideas of those Impressionists and plays around with the bright light to push out the dimwits.

Flick a switch, burn a candle, turn on a spotlight and join the enlightenment. The time has come to heighten your palette.

Go to top
Go to top